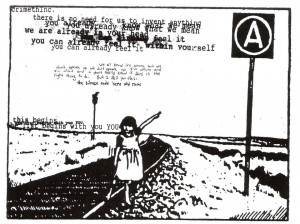 I am hosting activists from Slovenia from two giant cultural centers in Ljubljana which began as occupations — Metelkova, a former army base, and Rog, once a bicycle factory. The venue is MoRUS, the NYC squat & garden museum. An activist from Argentina also may join us…

“Opened in 2006 within the 7,000 square-metre former premises of the Rog bicycle factory in downtown Ljubljana, Tovarna Rog is a cultural and social centre, organised as an open structure where space is used night and day by artists and cultural producers.”

“Established in 1997 at Metelkova mesto Autonomous Cultural Zone, the army barracks-turned-cultural complex located in the centre of Ljubljana.”

“Buenos Aires: the poor fight to survive while across the road the wealthy shop”

Divided cities: The occupation of a public park in Argentina’s capital by some of its poorest residents is highlighting the savage inequalities of life in Buenos Aires